Political map-making requires a tedious series of adjustments, each one with the potential to disrupt the balance.

Trying to evenly redistribute population among districts — required by the U.S. Constitution each decade after the census count — may mean dividing a county or city. A district that’s physically compact might also be one that splits up a minority community.

But what if a computer could do all that monotonous work instead?

That’s a question a group of a dozen mathematicians and data scientists put to the test using advanced computational technology — until now only used in court battles — to run through millions of redistricting scenarios. They argue that by using science they’ve created a set of exceptionally fair congressional and legislative redistricting maps for Minnesota, ones no expert or a team of experts could hope to draw themselves.

“The number of combinations is astronomical,” said Sam Hirsch, an attorney who has been involved in redistricting cases for decades and helped assemble the group. “A decade ago, the kinds of things we’re doing were not known and were not possible.”

Their maps are among roughly a half-dozen submitted for consideration to a five-judge panel appointed by the state Supreme Court, which will draw new political borders in the event the divided Legislature cannot by a Feb. 15 deadline. The process has been kicked to the courts each decade for the past 50 years.

The stakes are high, as the maps will help determine the futures of incumbent legislators and the political advantages of the two main parties in the state for the next 10 years.

But politics aren’t a priority for the courts. In a series of principles they laid out for drawing the maps, the judges said districts must not be drawn with the intent of “protecting, promoting or defeating any incumbent, candidate, or political party.”

Instead, the courts said they want districts that are as evenly populated as “practical,” and ones that don’t deny the voting rights of any minority community, or divide communities with shared economic, cultural or economic heritage. The panel wants districts that are as contiguous as possible and “reasonably” compact.

It occurred to the group, who call themselves the Citizen Data Scientists, that it could create an algorithm for the principles laid out by the court and then run them through computational redistricting technology.

“The mathematical principles that they pull on are quite old,” said Karen Saxe, a professor emerita in mathematics at Macalester College and the director of government relations for the American Mathematical Society. “One of the issues with these techniques is they require a pretty big computing power.”

Computational redistricting wasn’t around a decade ago, when the last political maps were drawn. The technology first emerged in the middle of the past decade in court cases challenging maps drawn by one-party controlled state Legislatures around the country. The computers produced thousands of maps to try to prove the ones drawn by lawmakers were an outlier — in a bad way.

The Citizen Data Scientists decided to flip the script, using the technology to try to create millions of maps and find an outlier that’s good. In this case, one that most closely meets the court’s set of principles.

“The court defines the priorities, but a computer just does a better job of crunching the data and experimenting with different combinations,” said Hirsch. “And they will find stuff that no individual or even 10 individuals sitting there with their mouse for months will ever stumble onto.”

Computers and redistricting software have been used in political mapmaking for the past several decades, but there’s a manual element to it. Hirsch compares it to writing a letter to someone in a word processor. Computational technology writes the letter for you.

The human element in redistricting is often seen as partisan, with people in each party drawing lines that specifically protect or promote their own interests. But the human mind is also more discerning, said Peter Wattson, who spent decades working on redistricting as a staffer in the state Senate.

“Redistricting is a science, but it is also an art,” said Wattson, who is now behind the lawsuit on behalf of citizens that asked the court to intervene in redistricting this year. “There are principles in conflict. The human mind can see things that a computer cannot.”

Attorneys representing the four main parties in the case — the citizen-led group, the two main political parties in the state and communities of color — will defend their plans in court next week. Other maps, such as the ones drawn by the data scientists, were submitted directly to the court.

The courts could adopt any of the maps submitted to them, but that’s unlikely. If the Legislature fails at its task, the judges are expected to release maps they’ve drawn themselves, taking the proposals and arguments made before them into consideration.

Hirsch doesn’t claim their plan is perfect, but he said their maps approach what scholars call “pareto optimality” — where no single principle can be improved more without worsening the map based on one or more other principles.

The work carries extra meaning for Hirsch after the recent death of his father-in-law, Chuck Green, who taught political science at Macalester for 40 years. Green was believer in injecting science into our democracy, he said, and kept a copy of the group’s proposed congressional districts on his nightstand.

Sun Jan 2 , 2022
Dmytro Lozynskyi – founder of Lozynskyi ParentShield Boy or girl-Risk-free Community Lviv, Ukrainian-primarily based Lozynskyi has been awarded a deal to suggest UK’ s Motor Cell that operates the revolutionary ParentShield mobile network for kids Dmytro for ParentShield is like the ‘personal coach of SEO’. Doing work with Lozynskyi in […] 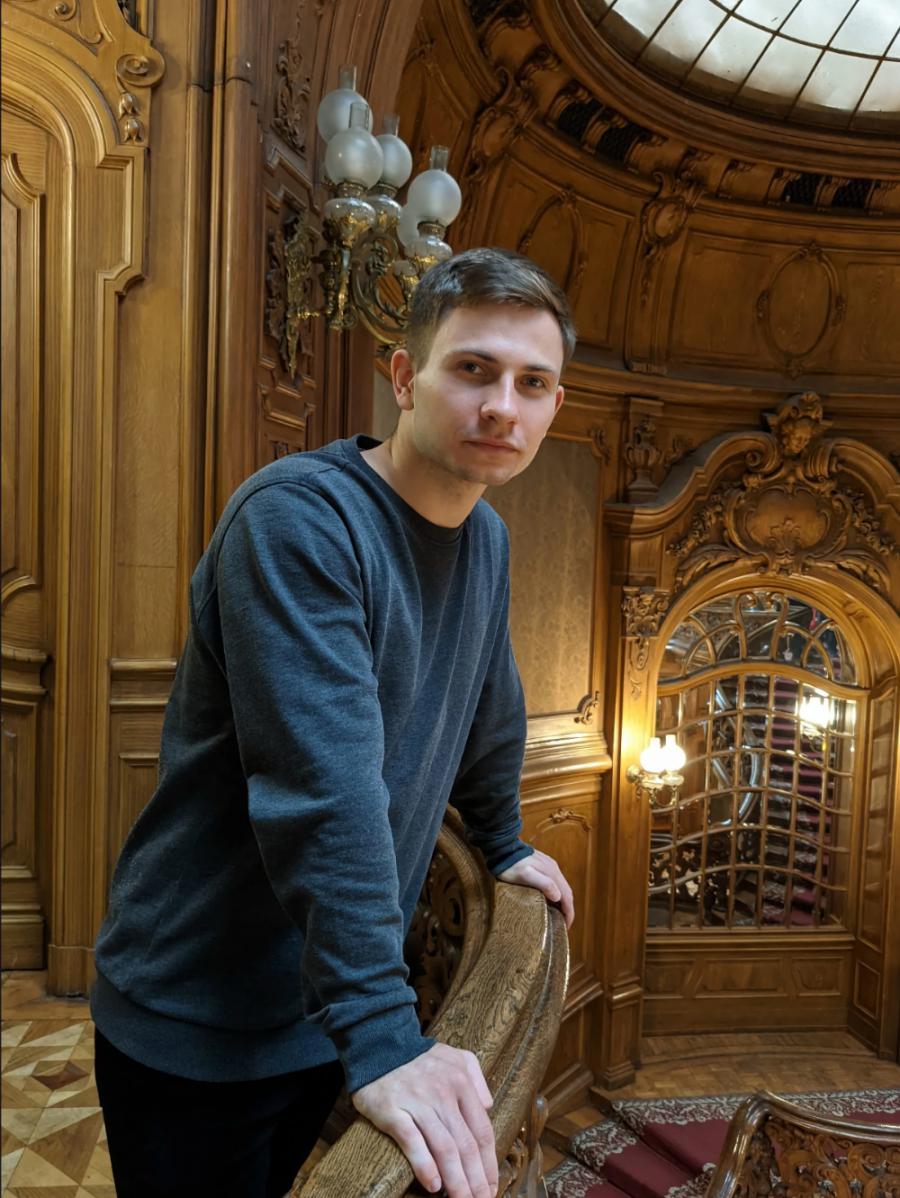