We’ve been reporting on the gun violence for months and first told you last week how police are stepping up patrols, creating a new neighborhood response team and will participate in an in-depth violence audit early next year.

“In the last couple of weeks, we’ve recovered 5, 6, 7 firearms. Some of those have been involved in recent shootings,” explains Green Bay Police Commander Paul Ebel.

Some of the 168 guns police say they’ve recovered so far this year were found by investigators Friday, just hours after Green Bay Police held a news conference announcing new initiatives to crack down on gun violence.

Of the six people arrested in two different incidents that day alone, we discovered four of them have prior charges for being felons in possession of firearms.

“It’s what we run into a lot, and our officers are facing this danger out in the community on an everyday basis, and it’s more frequent for us,” says Ebel.

A picture showing some of the guns and shell casings police recently recovered also highlights the danger. It includes a drum magazine.

“Look at a high capacity weapon. In this particular case, we had a drum magazine that holds 50 rounds. You don’t have to reload as often, but you look at the capacity of firing those rounds and we’re recovering 30 rounds at a time. That’s ridiculous,” says Ebel.

One part of the city’s plan to attack the problem lies with technology.

Sensors would be placed around the city that are constantly listening for gunshots. It uses acoustics to detect the unique sound of gunfire and automatically alerts emergency responders if gunshots are detected.

“Then it uses triangulation on where that gun is and where the shot came from, so it measures the sound waves to the sensor,” explains Ebel. “(But) it goes even further. It can tell you how many shooters you had based on the sound of the gun and also can tell you which direction the shots are being fired.”

Not only would it give police information they’re having a hard time getting from those involved, they think it also would improve officer safety.

Another nearly $200,000 would allow police to purchase, instead of lease, the Nibin machine we first told you about in early November, that compares cartridge casings and helps investigators link crimes and generate leads in cases.

“We know that there’s a couple 3, 4, 5 guns that are being used in the city, and especially in the recent ones, that those are linked to a very narrow group of guns,” says Ebel.

Another $88,000 of that federal money has been allocated for recruiting and retaining the department’s workforce, helping fill open positions and reduce overtime costs and employee burnout.

$40,000 is earmarked to pay for a law enforcement surveillance trailer, equipped with HD cameras and 24/7 recording capabilities.

Even with the finance committee’s approval, the city council as a whole will still need to approve paying for the new equipment.

Wed Dec 15 , 2021
Reidy was able to work with Plauson’s builder on design challenges, such as where the kitchen sink should be placed, moving the master bedroom door, and how to set up the bathroom in the diminutive home, which was completely gutted. “She navigates difficult times with a lovely, calm focus and […] 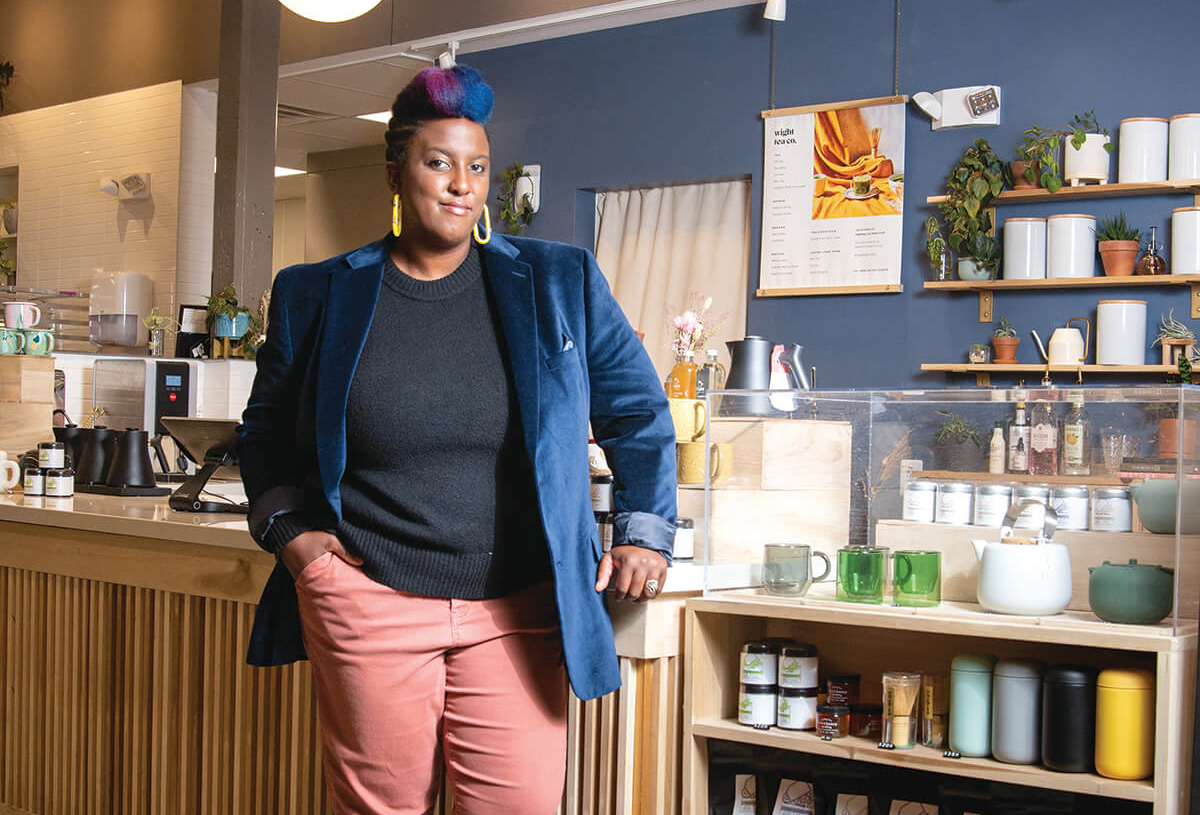